Anyone familiar with my story knows full well that acid reflux had a prominent hold over my lifestyle and ability to perform for many year.

If you are not familiar! Please check out my two entries:

I’ve been shocked by how many other people have emailed me with very similar conditions!

For those who have contacted me and who have not gone through with the surgery, I have found one recommendation seems to work accross the board. This is something I discovered personally when I had believed my surgery had come undone in the last year! Forutunately this was not the case, but I nonetheless had reflux for over a month for no reason!

I discovered a number of online videos (included below) dedicated to using hydroclauric acid (HCL) suppliments. I used them myself and the reflux was gone in a week! I only had to be on them for about a month too! I have recommended the same thing to people who ask me about reflux issues (without resorting to surgery) and a number of people have gotten back to me saying it has eliminated their reflux – if taken with a change to a cleaner diet.

Yes, acidic foods can cause reflux. HCL on the other hand aids in digestion.

When you have a poor diet, drink alcohol, take omeprazole/losec/other proton pump inhibitors, you interfere with the proton-pumps that produce digestive acid.

What does less HCL do in the gut?

Take betaine HCL, this is the version with the pepsin enzyme as well as HCL. Pepsin is the enzyme activated by HCL to digest food.

I only ever had to buy these twice – and most people who have done it more regularly say that they usually get about one bottle every 3-4 months.

I use the following brand (link included):

Betaine HCL  – It’s usually selling at around $20 on amazon.

I also recommend people take it with this, but I would say it’s optional:

Apple Cider Vinegar is fantastic in mild cases, and is a good on-going diet aid. It is a better solution for once you have settled your GERD. For fundamentally bad reflux however, Betaine HCL has had the best results.

How do you take HCL supplements?

Which videos inspired this Discovery?

While she is no doctor, I was most inspired by ‘Angela’s anything show’. When it comes to reflux, some the most important recommendations come from those who have solved their reflux. This is a good story!

For a more scientific/medical perspective:

If you’re wanting to eliminate all non-surgical possibilities first, give betaine HCL a try! It definitely worked for me, and this was after having reflux bad enough that it leaked through my surgery!

PS: No my surgery has not come undone, I did get it checked. I did, however, misbehave with my eating habits over summer before I ended up with reflux! 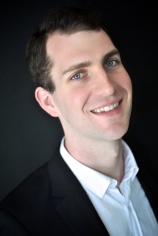 4 thoughts on “Betaine HCL – The miracle cure for Acid Reflux?”